THE MOTHER OF TEARS: Film Review 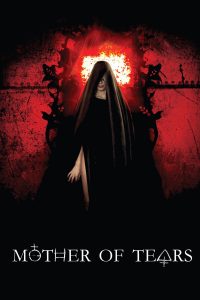 Released thirty years after Suspiria (and twenty-seven after Inferno), The Mother of Tears is the third and final instalment of Argento’s Three Mothers trilogy. Considering the cult status of the first two films, the long-awaited conclusion was always bound to disappoint fans, especially as work on the film began as early as 1984. Though the troubled production – as well as Argento’s inconsistent later work – led many to believe that the trilogy was better left unfinished, The Mother of Tears is a fun addition to the oeuvre, as well as Argento’s strongest film since The Stendhal Syndrome.

After a nineteenth-century urn is unearthed outside a church, the titular third mother – Mater Lachrymarum – returns to power, calling legions of witches to Rome in order to bring about the end of the world. Sarah Mandy (Asia Argento), a student working at The Museum of Ancient Art, becomes embroiled in the witches’ plans, particularly as it becomes apparent that she possesses latent powers of her own. As Rome is thrown into chaos caused by mass suicides, hysteria, and seemingly random acts of violence, Sarah’s journey leads her to a decaying mansion, the Palazzo Varelli, where she finally goes up against the Mother of Tears herself.

For fans of its predecessors, it’s easy to regard the film as lacking any elegance or style. Suspiria and Inferno were revolutionary in their dizzying use of colours, while The Mother of Tears – with its flat and practical lighting – often looks like a made-for-TV movie. While the film may have been greatly improved had it been made when Argento was at the height of his powers, it’s important to remember that Suspiria and Inferno are both far from perfect, and that The Mother of Tears has a style that is uniquely its own. In fact, the film is possibly the most violent film Argento ever made, with far more blood and gore than either film combined. The violence here is both explicit and excessive, a striking contrast to the realistic way in which it’s filmed.

When the urn is first opened, three demons attack and kill a woman who works at the museum. They force her mouth open with an awl, cutting her lips apart and breaking her teeth, before stabbing and disemboweling her, then strangling her to death with her own intestines. There is nothing tense or atmospheric to be found here, but the extreme violence is profoundly shocking – even for an Argento movie. Admittedly, Suspiria and Inferno rarely had to rely on jump scares and gore to incite a reaction, but at certain points, Argento uses both to great effect in The Mother of Tears.

In contrast to this, the acting in the film is patchy throughout, more noticeable without a pounding score to hide behind. It should also be said that the actress who played Mater Lachrymarum in Inferno unfortunately did not reprise her role, and besides one beautiful shot of her licking the tears of a dying victim, the actress is fairly horrendous in each scene. This, for me, is the biggest flaw of the film; bad eyeshadow and a velvet cape make her seem more ridiculous than threatening.

There are times, however, when the cinematography is stunning, especially when the architecture of Rome can be seen. The moonlit piazzas and empty streets are both eerie and evocative, even if they all appear a little too late in the film. Conversely, while the practical effects are well-utilised, the CGI is often laughably bad, breaking what little tension Argento is able to create. At best it seems unnecessary (like the shots of the burning churches), and at worst it seems to completely undermine a powerful moment (like the death of the monkey in the final sequence).

But there are also some great set pieces in The Mother of Tears, and the film incorporates more action elements to accelerate the horror. A good example is when Sarah is chased by witches in Rome’s Termini Station. The witches circle her like dogs as she makes her way through a labyrinth of brightly-lit shops. She manages to escape onto a train, but only after crushing the head of her primary pursuer. Another is at the very end of the film, where Sarah must trudge through a swamp of primordial soup, floating a crust of bones and skulls in various stages of decomposition. When she finally escapes the witch’s subterranean lair, she collapses into peals of frenzied laughter, ecstatic to be rid of the Three Mothers once and for all. 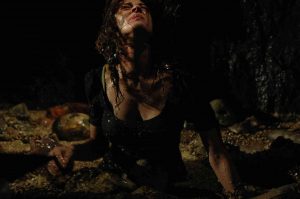 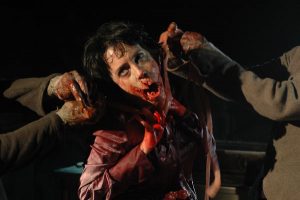 The Mother of Tears will never be remembered as a classic Argento film, but it also doesn’t deserve a lot of the vitriol it receives either. What it lacks in style it makes up for in blood, and it is still lightyears ahead of most horror films released at the same time. Though Argento’s post-Opera films are largely denounced by fans, The Mother of Tears proves that, like the Three Mothers themselves, there’s always time for him to reclaim his bloody crown once more.