There are more than 7.5 billion people on this planet. Each of that 7.5 b. is different from another one, with different styles, eye-colour, social status, education, hobby, and movie preferences.

What is more, despite all the diversity, still people are able to find what they need and like.

Let`s take cinematography, for instance. Nowadays, it is barely possible to end up with nothing. The movie industry all over the world is working 24/7 to satisfy consumers’ needs. That is why the movie industry offers films for all, is it 86y.o retired ladies or students who are only secretly praying: `can please someone do my assignment for me?` every evening.

But the problem is, these days the movie industry is so broad that even simply listing the genres can take some time.

Therefore, in this article, I would like to concentrate on one particular genre, which is often underestimated and even neglected – horror.

First, good horror is not easy to find. But it is not the reason to treat it like second-range art. Well-filmed horrors always meet the films’ canons, have a brilliant plot and do their job for 100% – they frighten.

2020 promises us to be a horror movies new era. In 2020, we`ll see plenty of good new horror movies, from fairy tale remakes to high-concept psychological thrillers, and cutting-edge technologies dystopia.

The Turning
According to local legends, ghosts live in a mysterious mansion in Maine. This is where Kate arrives to look after two orphans – Flora and Miles. Soon, Kate realizes that the house, like the children, hides many dark secrets.

The plot is based on the 1898 ghost story The Turn of the Screw by Henry James. So the movie is a modern adaptation of the 19th-century story.

The cast is marvelous, the director – professional artist, released by Universal Pictures. It seems like an anticipated piece. 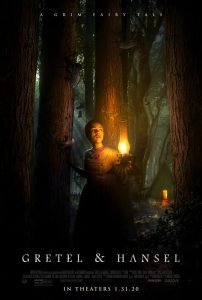 Gretel & Hansel
A long time ago, in a distant fairy tale countryside, a young girl leads her little brother into a dark wood in desperate search of food and work, only to stumble upon a nexus of terrifying evil.

An expected film adaptation of the worldwide famous bedtime story by Grimm brothers. Sophia Lillis, who played the younger version of Beverly Marsh in the It films, leads the cast as Gretel, while Sam Leakey makes his feature film debut as her younger brother Hansel. Genre veteran Alice Krige takes on the role of the witch, Holda. Gretel & Hansel marks only the third film by director Oz Perkins — his previous works are The Blackcoat’s Daughter and Netflix’s I Am the Pretty Thing That Lives in the House.

The New Mutants
The story focuses on a group of mutant teens: Wolfsbane (Maisie Williams), Magik (Anya Taylor-Joy), Cannonball (Charlie Heaton), and others.

Probably those kids think: `who can do my assignment for me?` and maybe search for someone to write their papers for them, but first of all, they are superheroes in horror spin-off based on the Marvel Comics. Their only assignment is to survive, and perhaps, save the world with all Australia, Africa, America, Antarctica, and Europe included.

The interesting fact is that the first release supposed to be yet in 2018, but was postponed.

Therefore, marvels fans are eager to know the story and cannot wait till April when the new release was promised.

The Invisible Man
I suppose Australian students are feeling their luck now that they don’t have to worry about internet requests such as: ` pay someone to do my assignment Australia` or ` write my assignment` because they are on holiday and one of the most prospective Australian-American horrors is releasing soon!

The story tells about a woman who is chased by her abusive ex-boyfriend. But the heroine is the only one who can see the stalker. The plot is based on the novel of the same title by H.G Wells. It stars Elisabeth Moss and Oliver Jackson-Cohen. 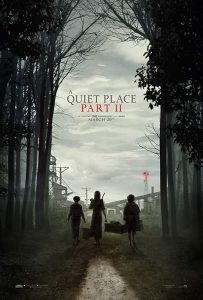 A Quiet Place: Part II
The apocalypse has come in the world after the invasion of blind monsters, who react sharply to noise. The only way to avoid meeting them is to observe complete silence. A mother with two children continues the struggle for survival, following strict rules. The sequel to the horror movie 2018 is ready to blow the critics’ discussion!

Halloween Kills
Trick or treat? Which Halloween costume do you have this time? Have you prepared the pumpkin already?

This sequel of one of the biggest horror hits of 2018 will remind you about Halloween.

Michael Myers goes hunting again and begins to kill innocent people. But his plans will be violated by his implacable rival – Laurie Strode.

To sum up, I hope you’ll find something worthy in this list and watch it the other day. Enjoy!