Morbius will be Released in July 2020 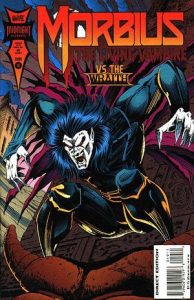 Sony has set a release date for the upcoming Jared Leto-starrer Morbius and it’s going to be unleashed in July 2020. Leto is to play the lead role in the film that will be directed by Daniel Espinosa (Life) and additionally star Matt Smith and Adria Arjona.

Based on the Spider-Man spin-off The Living Vampire written by Roy Thomas, Morbius first appeared in the comics in the 1970s. He is a scientist who accidentally turns himself into a vampire after trying to cure himself of a blood disease. Woops, indeed. Although he’s not a hero like Peter Parker, he did become quite the anthihero.

2020 will also see the sequel to Venom, so there is plenty of alternative, dark superhero action to come from Sony.