A Monster Stalks in the Trailer for John the Carpenter 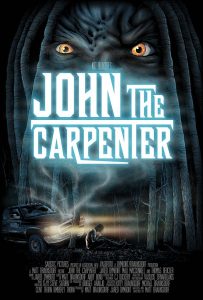 A monster stalks the snow-covered woods in this effortlessly ‘80s-style trailer for the short film John the Carpenter. It’s not simply the title we love about this film; the trailer is mighty impressive with its 80s ambiance that channels an appropriately Carpenter-esque vibe. It will be no surprise to learn that the film won Best Cinematography at the Nightmares Film Festival, because the short trailer boasts a gorgeous use of light, darkness and striking colours. Check it out below too see what we mean.

John the Carpenter follows a brother and sister who are attacked by a ferocious creature in the woods, leading the brother to take on the monster himself. The trailer serves us a couple of glimpses of the creature and the practical effects look great; we also love the typical ‘80s synth track that accompanies the horror.

John the Carpenter should be released sometime in 2017.