Monica Bellucci (Don’t Look Back, Spectre) has joined the cast of Nekromancer, which comes from the directors of Wyrmwood. Wyrmwood was one of our favourite films from 2014, because it was hilarious, gory and breathed life into the tired zombie genre. So naturally, we’re eager to see what Kiah and Tristan Roache-Turner are going to do with their next project. 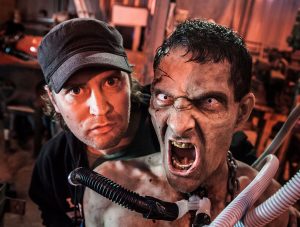 Titled Nekromancer, details are sparse on the film, but we do know that it will reunite Kiah and Tristan on another genre-bending flick that is certain to have lashings of horror and comedy. With the duo also working on the TV spin-off Wyrmwood: Chronicles of the Dead, be sure that an expansion of the Wyrmwood universe will be with us soon, too.

Monica Belluci joins the cast that already features Ben O’Toole and Tess Haubrich. Keep your eyes peeled for more as it comes!