Money, Murder and Merriment in Massacre on Aisle 12 Trailer

Christmas shopping gets even bloodier than your average Black Friday in upcoming low budgeter Massacre on Aisle 12, as hinted at in this teaser.

The horror comedy comes from Full Auto Films and Code 3 Films, and takes place at a hardware store on Christmas Eve. As the employees begin to shut up shop, a body and a duffel bag filled with cash is found. As they wrestle with their consciences over what to do with the money, they begin to turn on one another, and things quickly take a turn for the bloody. 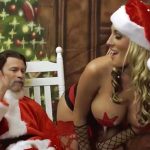 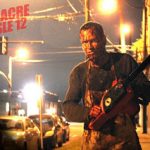 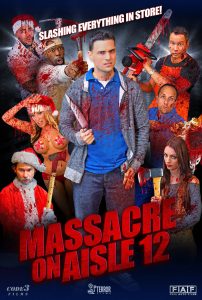 The film is directed by Jim Klock and William Mark McCullough, who are both better known for their acting work, having racked up over 100 credits between them. Klock has appeared in Scream Queens and True Detective as well as Bitch Slap and American Ultra, while McCullough will soon be seen in Nate Parker’s The Birth of a Nation and V/H/S spinoff SiREN. They also star in Massacre on Aisle 12 alongside Michael Buonomo (NCIS), Melissa Saint-Amand (The Parallax Theory) and Chad Ridgely (The Wire).

The film is set for its world premiere at next month’s Buffalo Dreams Film Festival, which was founded by Chris Scioli and Slime City/Killer Rack director Gregory Lamberson.