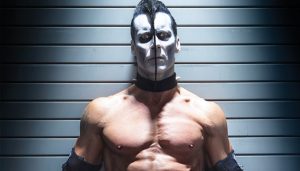 Doyle Wolfgang Von Frankenstein, guitarist with legendary horror punks Misfits, has been revealed as one of the stars of upcoming horror flick Death Ward 13. Just as exciting is that the film is a loose remake of one of this viewer’s favourite ‘70s grindhouse gems, S.F. Brownrigg’s moody 1973 classic Don’t Look in the Basement.

Von Frankenstein plays, according to the press release, “the most terrifying character in the film” which, given his trademark Devilock hair and ridiculously impressive build, is perhaps no surprise. Death Ward 13 is co-written and directed by Todd Nunes, who impressed with his 2015 festive slasher All Through the House, and sees him reunite with that film’s star (and Todd’s sister) Ashley Mary Nunes. 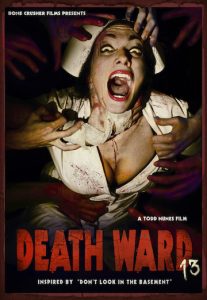 Mirroring the setting of Don’t Look in the Basement, Death Ward 13 takes place in 1973 at the Stephens Sanitarium for the Criminally Insane. The hospital is preparing to shut down, and four nurses are brought in to help care for the last few, supposedly harmless, remaining patients. The seemingly straight-forward job turns into a nightmare however, when the nurses realise they are trapped with a bunch of sadistic lunatics.

Death Ward 13 is currently in pre-production, with a release planned for late-2017.