Mirando Otto will be Aunt Zelda in Netflix’s Sabrina Series

The cast announcements are coming quick and fast for Netflix’s upcoming series based on The Chilling Adventures of Sabrina and we’re not complaining. The latest news comes with Miranda Otto being cast as Aunt Zelda, just after Shaun of the Dead’s Lucy Davis was recently cast as Aunt Hilda. 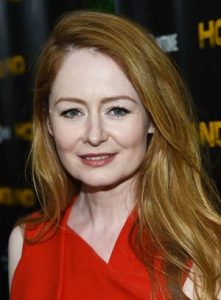 Otto was most recently in Annabelle: Creation, but has also starred in I, Frankenstein and the hit crime-drama series Homeland.

The series additionally stars The Blackcoat’s Daughter’s Kiernan Shipka in the role of Sabrina and Paper Towns’ Jaz Sinclair as her “brash, empowered and outspoken” best friend at High School, Chance Perlman who will be Sabrina’s warlock cousin Ambrose Spellman and Michelle Wardell who will play Sabrina’s favourite teacher Mrs Wardell.