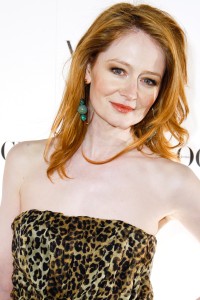 Miranda Otto has joined the cast of Annabelle 2 from director David F. Sandberg (Lights Out) and writer Gary Dauberman; the scribe behind the first Annabelle and the upcoming remake of Stephen King’s It.

You will probably recognise Otto from the Lord of the Rings franchise, but she was also in 2000’s supernatural scarefest What Lies Beneath and 2014’s disappointing I, Frankenstein. She joins the cast that, so far, only features Stephanie Sigman (Narcos, Spectre) in the role of Sister Charlotte.

Synopsis:
[Annabelle 2] tells of a doll maker and his wife who, 20 years after the tragic death of their little girl, welcome a nun and several girls from a shuttered orphanage into their home. Soon, however, the nun and the girls become the target of the doll maker’s possessed creation, Annabelle.

We hope that Annabelle 2 will be able to restore some fear back in to possessed dolls, because the first one certainly squandered its potential to drum up some real terror. Annabelle 2 begins shooting next month and has a release date slated for 19th May 2017 in the US and 26th May in the UK.

Did you hear the news about The Conjuring 2’s ‘Nun’ spin-off?