The Mind’s Eye Poster will get Inside Your Head 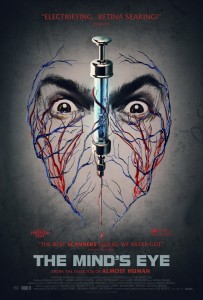 Due to hit US cinemas and VOD on August 5th through RLJ Entertainment is Joe Begos’ The Mind’s Eye. A much talked-about film at last year’s Toronto International Film Festival, it is said to be crammed with ultraviolence and outlandish splatter. Ahead of the film’s summer release, RLJ have put out this rather cool poster.

The Mind’s Eye harks back to films such as Psychic Killer, Patrick and of course Scanners with its central premise of murder through telekinesis. Carnage Park’s Graham Skipper stars as a drifter with psychokinetic abilities who is imprisoned by a Doctor looking to make a synthetic telekinesis serum. Lauren Ashley Carter (The Woman, Pod) plays Rachel, who also harbours strong psychic powers. John Speredakos co-stars as the mad doctor, with genre regular Larry Fessenden (We Are Still Here, I Sell The Dead) and Spring’s Jeremy Gardner also appearing. 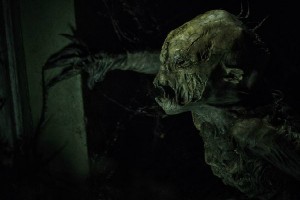 Zack Connors and Rachel Meadows were born with incredible psychokinetic capabilities. When word of their supernatural talents gets out, they find themselves the prisoners of Michael Slovak, a deranged doctor intent on harvesting their powers. After a daring escape, they are free from his sinister institution, but the corrupt doctor will stop at nothing to track them down so that he may continue to siphon their gifts for his own use.

Check out this visually searing trailer that arrived earlier this week, and get excited.