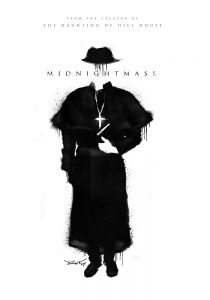 Flanagan, who is directing every episode of the seven-episode series, announced the news on Twitter, writing “Day 1… here we go.” The series follows an isolated island community experiencing miraculous events and frightening omens following the arrival of a charismatic but mysterious young priest.

If the name Midnight Mass is ringing a bell, you might remember it as the book written by Maddie Young in Flanagan’s 2016 movie Hush. This book also appeared in another of the director’s films, 2017’s Gerald’s Game.