Relativity Media’s struggles with bankruptcy have been well documented, and have affected much of their output over the last year or two. Surely the biggest disappointment has funnily enough not been around their Kate Beckinsale-starring The Disappointments Room, but the film whose scheduled release date it stole, Mike Flanagan’s Before I Wake.

Incredibly, despite releases in other countries, Before I Wake has still not received a release of any kind in the US, prompting Flanagan – the acclaimed director of Oculus, Hush and Ouija: Origin of Evil – to take to social media to encourage fans to buy the film from Canadian outlets, where he even says he will be getting a copy himself. With the film arriving on blu-ray in Canada on January 10th, he posted the following on Facebook, together with a pre-order link:

“Sick of waiting for Relativity Media to get their shit together? BEFORE I WAKE is coming out on Blu-ray in Canada on January 10th… it’s Region A, and will work in US blu-ray players. I’m buying one.”

Flanagan’s words are a slap in the face to the film’s US rights holders, who have made no recent announcements regarding it, but who can really blame him?

Flanagan wrote Before I Wake with his regular collaborator Jeff Howard. Kate Bosworth, Thomas Jane and Jacob Tremblay star in the film, which boasts one hell of a cool premise. 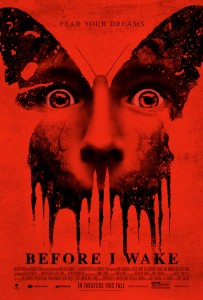 Will Relativity respond? Perhaps Flanagan’s words will prompt them to find another release date for the film, or maybe they’ll shelve it entirely.