Mike Flanagan Pitting Robots Against Zombies in Inherit The Earth

Fan and industry favourite Mike Flanagan went from acclaimed indie director to bankable horror franchise saviour when he was given the job of shooting Ouija: Origin of Evil, which cleaned up at the box office and garnered favourable reviews. Clearly comfortable with bigger budgets and studio pressure, Flanagan has now signed on to direct zombies ‘n robots actioner Inherit the Earth for Sony. 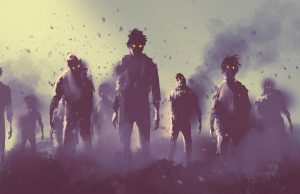 Michael Bay’s Platinum Dunes are producing the film alongside Circle of Confusion, but don’t let the enemy of good cinema’s name put you off; Inherit the Earth sounds like a badass genre mashup of truly epic proportions. Loosely based on JT Petty’s spec development script for IDW’s Zombies vs. Robots comic, it focuses on a servant robot tasked with protecting the last human baby in a world filled with hungry undead. 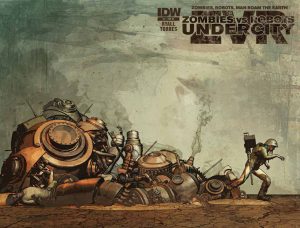 Here’s the official synopsis:
“A post-apocalyptic world overrun by zombies has only one chance at recovery — a team of robots that must protect and clone a lone surviving human baby. They just need to do this amidst the endless hordes of zombies who have been driven rabid by their frustration at inedible bots and their lust to eat the one living brain left on the planet.”

Flanagan – who helmed Oculus, Hush and Before I Wake – took the reins from director Andrew Adamson, who stepped away from the project nine months ago.

Robots, zombies and one of modern horror’s most exciting and unique filmmakers. This is one you’ll most definitely want to keep an eye on.