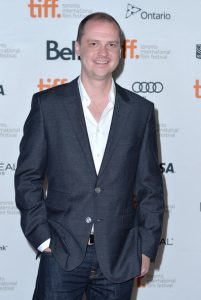 Well, this has certainly come out of nowhere! Netflix has announced that Mike Flanagan will be directing a 10-episode series for the streaming service based on The Haunting of Hill House. The infamous haunting was previously the subject of 2 films titled The Haunting in 1963 and 1999.

I remember thinking that the 1999 Haunting – which starred Catherine Zeta-Jones, Liam Neeson and Owen Wilson was amazingly scary when I was a kid, but I’m not sure how it will hold up now.

Flanagan’s great track record with horror films that include Absentia, Oculus, Hush and Ouija: Origin of Evil has certainly piqued our interest in the series. Flanagan has proven himself to be a master of horror, especially the supernatural type, so this should be the perfect project for him to execute a long and winding road of spooky scares.

Mike Flanagan is also working on an adaptation of Stephen King’s Gerald’s Game for Netflix, which is set to be released later this year. Keep your eyes peeled for a released date for The Haunting of Hill House.