Microsoft Rumoured To Buy Konami Out For Silent Hill IP 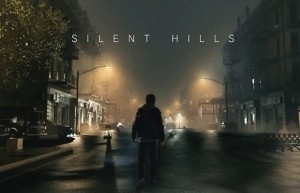 It came as disappointing news to us all that Guillermo Del Toro and Hideo Kojima’s latest installment in shear gaming terror, Silent Hills, was no longer happening, but rumours are flying that Microsoft are trying to buy the rights for the game.

An anonymous source close to Microsoft apparently revealed to The Know that the highly successful company was not only trying to buy Silent Hills IP from Konami, but the whole rights to the Silent Hill franchise. The offer is somewhere in the billion dollar area, which isn’t absurd for Microsoft as they have previously purchased popular games like Minecraft for billions.

It was speculated that Silent Hills was cancelled because Hideo would no longer be working at Konami by the end of the year, although this was not confirmed. Director Guillermo Del Toro was on board along with game play star Norman Reedus.

Hopefully Konami will accept the deal so that Silent Hills can still be released, and also get Del Toro and Hideo back on board with the project. As E3 is approaching, it would make perfect sense for this to be true as then Microsoft would be able to announce the news there. We will update you as soon as we know.