Michelle Rodriguez out for vengeance in Walter Hill’s Tomboy: A Revenger’s Tale 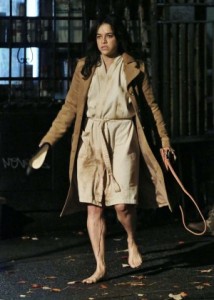 Here’s Michelle Rodriguez embodying the term ‘badass’ once again in Walter Hill’s Tomboy: A Revenger’s Tale. Veteran genre director Walter Hill (The Warriors, The Streetfighter, 48 Hrs., Red Heat) has with him a strong cast led by Rodriguez, who plays the titular assassin seeking revenge on an unhinged surgeon following an unwanted gender reassignment operation. Sigourney Weaver plays the surgeon, Dr. Rachel Kay, with Anthony LaPaglia (Summer of Sam, Empire Records) and Tony Shalhoub (Men in Black 2, the voice of Splinter in 2014’2 Teenage Mutant Ninja Turtles), whose face you’d recognise, even if the name rings no bell.

The film, “written by Hill from a story by Denis Hamill, centers on an ace assassin who is double-crossed by gangsters and falls into the hands of rogue surgeon known as “The Doctor,” who turns him into a woman. The hitman (now a hitwoman) sets out for revenge, aided by a nurse named Johnnie, who also has secrets.” 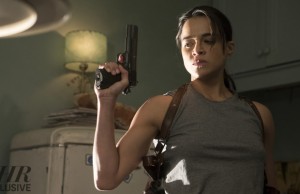 Tomboy: A Revenger’s Tale will hit screens in 2017, when Michelle Rodriguez will also return as Ortiz in Fast 8. Walter Hill is a producer on Neill Blomkamp’s turbulent Alien project, which we’ll hopefully also be seeing next year.