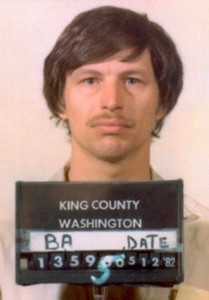 BAFTA and Golden Globe nominated Michael Sheen is set to portray one of America’s most notorious and prolific serial killers in a film that will also mark the actor’s first time in the director’s chair.

Also written by Sheen, Green River Killer will be the first significant narrative film based on the crimes of Gary Ridgeway, who killed a string of women in the Seattle area throughout the 80s and 90s, before his eventual arrest in 2001. Ridgeway was charged with 49 murders, but is believed to have committed at least 71, many of whom he would dump in Washington State’s Green River, leading to the press concocting his nickname. He escaped the death penalty by helping to locate a number of his victims’ bodies.

Best known for roles in heavyweight dramas such as Frost/Nixon and The Queen, Michael Sheen has flirted with horror before in the Underworld and Twilight films, as well as The League of Gentlemen’s Apocalypse.

Green River Killer follows the real-life exploits of both Ridgeway and police detective Tom Jensen, who led the twenty-year manhunt that led to the 2001 arrest. The script last year won a Black List award, which is given to the best unproduced screenplays doing the Hollywood rounds. It is partially based on the Eisner award winning graphic novel Green River Killer: A True Detective Story, written by Jensen’s son Jeff.

“This is a dark story but one that ultimately finds hope and meaning in that darkness,” Sheen said in a statement ran by Variety. “The story…pulled me in from the beginning and wouldn’t let go. I hope that by now bringing it to life on screen, it can make audiences feel the same way.” Sheen is currently putting together his cast with the hope to begin filming this year.