Michael Rooker To Play Nice Guy In The Belko Experiment 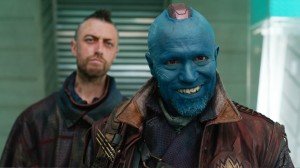 Director of the disgusting and strange Slither and the highly acclaimed Guardians of the Galaxy, James Gunn, will be writing and producing this killer horror thriller alongside Greg McLean, director of the harrowing and brutal Wolf Creek, as he directs.

The Belko Experiment is currently in the first stages before production and a flurry of exciting casting choices have been released. Gunn has just announced through his Facebook page that Henry: Portrait of a Serial Killer maniac and The Walking Dead’s bad guy, Michael Rooker, will be appearing in the film.

Gunn said: “Rooker plays Bud Melks, the head of maintenance in the Belko building. He’s not a racist thug like Merle in The Walking Dead, and he doesn’t have a flying arrow like Yondu in Guardians of the Galaxy- in fact, he’s a pretty nice guy – so he’s ill-equipped to deal with the mysterious forces who start making all of the employees in Belko start killing each other unless they want to be killed themselves.”

The film follows the employees of an American company located in South America, as they’re locked inside their work place and ordered to kill one another or they will be slaughtered themselves. Starring alongside Rooker in this sick way to end a workday film is Tony Goldwyn, John Gallagher Jr., Melonie Diaz and John C. MicGinley. The filming for The Belko Experiment will begin in June.