Michael Fassbender to Play a Serial Killer in Entering Hades 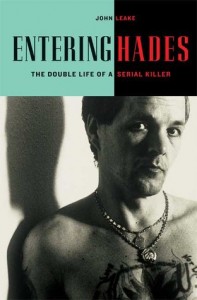 Michael Fassbender is currently in talks to star in Entering Hades, a film based on the true story of a serial killer called Jack Unterweger, also known as The Vienna Strangler. The film will be based on the true crime novel written by John Leake that follows an Austrian journalist who led a double life; by day he would investigate murders and by night he was a killer.

The true story is extremely interesting. Unterweger was initially sentenced to 15 years in prison after strangling a woman in 1976 and was released from prison in 1990. In prison he became an author and playwright, and when he was released his autobiography was taught in schools. However, he committed more murders when he was released, but there was no proof to confirm that he was behind the killings. He was eventually convicted when enough evidence was gathered in 1992, but he then committed suicide. In the end, it was thought that he killed over 12 people and they were mostly prostitutes that he strangled to death. Lovely.

The script is currently being re-written by Alexander Dinelaris (Birdman) and three other screenwriters, so here’s to hoping it’s filled with the appropriate amount of darkness and intensity that this extraordinary story deserves.