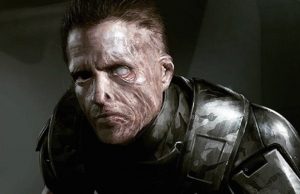 Following on from Sigourney Weaver’s hints from the Aliens panel at last week’s Comic-Con, Michael Biehn has spilled the beans on Neill Blomkamp’s planned Alien sequel, all but confirming its future.

Talking to Forbes, Biehn explained that while working with Weaver on Chappie, Blomkamp pitched to her “…an idea for another movie in the Alien franchise, which I thought was dead and gone as she probably did too as well as Fox. He tweeted out some pictures of me, he said he’s going take the third and fourth film and act like they never happened and things blew up.“

Indeed, a whole lot of excitement was stirred up last year when a bunch of awesome concept art for Blomkamp’s vision was released online. With Ridley Scott’s Prometheus sequel(s) well underway however, the film’s future has remained uncertain to say the least. “It looked like it was all go and then Ridley Scott decided that he was going to do a second and third film in the Prometheus series, but Sigourney says they are still doing their project,” Biehn insists.

Perhaps getting carried away with himself, Biehn then opened up entirely, seeming absolutely certain of the film’s future, and even speculating on who could play Newt. 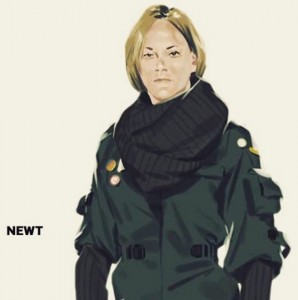 Ending on a somewhat cynical note, Biehn added: “Maybe there’ll be a passing of whatever and then the franchise can move on so they can make more money because that’s what it’s all about.”

With fans having also made clear that Blomkamp’s film is something they want to see, things are looking brighter than ever for the sequel. Absolute confirmation of the film’s happening is unlikely to emerge before Scott’s Alien: Covenant however, scheduled to hit screens on August 4th, 2017.