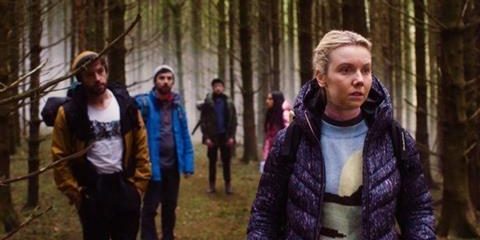 Scottish actress Lauren Lyle (pictured above in Outlander) has joined the cast of Mercy Falls, a horror film set in a remote region of the Scottish Highlands.

ScreenDaily broke the news and shared a first-look image from the film, which will follow Lyle’s character Rhona and her friends as they set off in search of her late father’s long-lost cabin. Unfortunately, tragedy soon befalls the group.

Production is currently underway in Scotland.