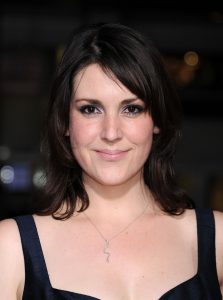 Melanie Lynskey, who you may recognise from her early days in Two and a Half Men – the show was a guilty pleasure of mine, don’t judge – or perhaps, most recently the Birthday Party segment from XX.

Now, Lynskey has nabbed a lead role in Hulu’s upcoming series Castle Rock with Andre Holland, Jane Levy and Sissy Spacek. The series is named after the fictional town Castle Rock that features in many of Stephen King’s stories, thus will weave together tales inspired by the prolific author’s and will feature characters from It, Dolores Claiborne, Needful Things, The Green Mile and more.

The series comes from Bad Robot Productions and executive producer J. J. Abrams. Check out the previously released teaser for the show below, which gives you an insight into Castle Rock’s inspirations.

Castle Rock will be a 10-episode series; giving the story plenty of time to explore the detailed and complex world of Stephen King. Writers Sam Shaw and Dustin Thomason have the daunting task of weaving King’s many worlds into one, and production is set to begin this summer.