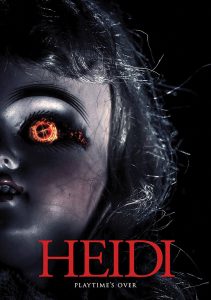 Annabelle may be returning to freak us all out in this summer, but she’ll be beaten to it by Heidi, who will be causing all kinds of mischief on DVD in April.

This trailer has landed for the possessed doll found footage flick, which is the feature debut of director Daniel Ray, and stars newcomers Samuel Brian, Joei Fulco and Eva Falana. A release for the film has been a little while coming, following its premiere at the PollyGrind Underground Film Festival in 2014. 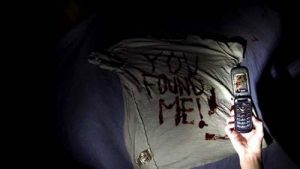 Synopsis:
After investigating inside a neighbor’s attic, two high school friends, known for making prank videos, are increasingly plagued by a series of disturbing, supernatural events involving a creepy, vintage doll named Heidi – but no one will take their claims seriously, until it is too late.