Max Landis to Direct Remake of An American Werewolf in London 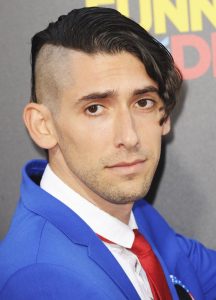 In news that is both surprising and not surprising at all, it has been confirmed that Max Landis is going to write and direct the remake of An American Werewolf in London. The 1981 original was written and directed by Landis’ father John Landis, so this is a literal case of “like father, like son”. Landis has been tied to the remake for a while, but this is the first time it has been officially confirmed.

Max Landis has only directed one feature titled Me Him Her; a rom-com that was not greatly received back in 2015. However, his writing talents cannot be denied with his name attached to the excellent found-footage sci-fi Chronicle and the hilarious action-comedy American Ultra. Maybe under his father’s guidance – John Landis is on-board as an executive producer – as well as the eyes of producers David Alpert and Robert Kirkman, this will be the perfect opportunity for him to prove that he can write and direct.

Everything about the film is being kept under wraps for now, but it’s great to see the remake finally being set in motion after almost a decade.