Matt Smith in Talks to Play Charles Manson in The Family 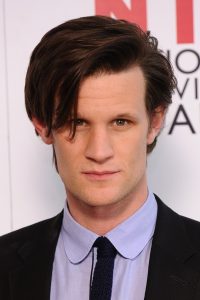 Matt Smith is currently in talks to star as Charles Manson in Mary Harron’s The Family. The American Psycho director’s film will examine the Manson murders from the point-of-view of a student who is working with women from the infamous cult.

Matt Smith is most widely known for his role as the iconic Doctor Who from 2010-2014, but he has recently starred in Terminator Genisys, Pride and Prejudice and Zombies and Netflix’s hit series The Crown. He is also set to feature as Morgan in Stefan Ruzowitzky’s action-horror Patient Zero.

With this and Quentin Tarantino’s upcoming untitled Manson film, it seems as though many are intrigued by the horrifying events that saw the deaths of Sharon Tate and others. It does appear as though The Family will be tied more directly to the Manson murders, rather than using them as a backdrop as per Tarantino’s anticipated ninth feature.

Synopsis:
Initially given the death penalty for their involvement in the crimes, during which nine people were murdered including actress Sharon Tate, Leslie Van Houten, Patricia Krenwinkel and Susan Atkins’s sentences ultimately were commuted to life imprisonment. The procedural will focus on Faith’s time attempting to teach the three women and on their personal transformations as they slowly grasp the reality of their crimes.

Based on Faith’s novel The Long Prison Journey of Leslie van Houten: Life Beyond the Cult and Ed Sander’s The Family, Harron’s The Family is due to start production in March.