It seems like every week brings news of a new horror anthology, but when it’s coming from Masters of Horror creator Mick Garris, it’s worth paying attention.

In a recent interview with Nerdist, the Critters 2/Sleepwalkers director let slip that he’s working on a new anthology project right now.

“I’m working on putting together an anthology movie that will be coming together very soon,” Garris told the site. “It’s kind of secret right now but we are well into it and just making something I think, [that] genre fans of which I count myself one, will be very, very happy with and excited about.” 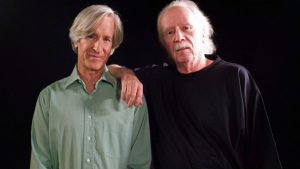 Garris (who followed up Master of Horror with NBC’s anthology series Fear Itself) is a popular and well-respected figure within the horror community, and it’s a good bet he’ll have some familiar names attached for this new project. Masters of Horror featured episodes by the likes of John Carpenter, Dario Argento, John Landis, Tobe Hooper and Stuart Gordon and, while the quality of the episodes varied wildly, when it was good (Carpenter’s Cigarette Burns, Gordon’s The Black Cat, Lucky McKee’s Sick Girl etc.) it was very, very good.

Expect more word on this project as we get it.