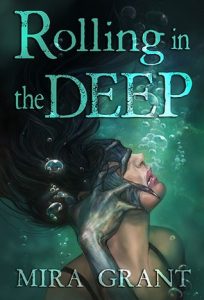 No, it’s not a film version of the Adele song (I don’t think), but Mary Lambert (pictured above directing Pet Sematary in 1989) is directing Rolling in the Deep for Branded Pictures Entertainment.

The film will be based on the novel of the same name written by Seanan McGuire and the script will be written by Sean Hood (Conan the Barbarian, Halloween: Resurrection). The story follows a film-maker and his crew who head to Mariana Trench to make a faux documentary about mermaids. However, when sailors start to disappear, they realise their documentary may not have to be faux after all.

When speaking about the film, Lambert said it’s “A film led by complicated badass female characters”, so I’m expecting these mermaids to be quite something.