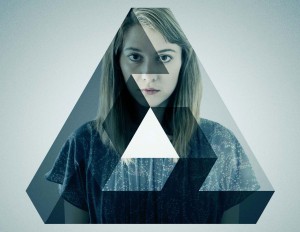 Speaking to Faults writer/director Riley Stearns he described his wife, Mary Elizabeth Winstead, as a chameleon who “can change from role to role so much to a point where some people don’t know that she was the girl from Scott Pilgrim and the girl from Smashed.” Whilst she is particularly well known for her horror roles in films like Final Destination 3, Black Christmas and the recent remake of The Thing, she has done so much more and, like her husband says, she is so chameleon-like that many of you are most likely unaware of just how many things you have actually seen her in. Case in point, despite initial hesitance to take on a part in her husband’s directorial debut she finally agreed and, just as with all her previous films, she is virtually unrecognisable as she immerses her heart and soul into another astounding performance.

Faults finds Winstead playing Claire who is kidnapped/rescued by desperate and defamed mind control expert Ansel Roth (Leland Orser). Although Ansel is hired to save Claire from the manipulating hands of a mysterious new cult called Faults, it soon turns into a case of who is actually manipulating who as the two lock themselves away from the world in a local motel room.

SCREAM’s Howard Gorman spoke with Winstead about tackling her most complex role to date, how she helped Riley Stearns during the script writing stages and her involvement in A&E’s latest television creation, The Returned…

SCREAM: You’ve said that your role as Claire has been the most difficult to date. It’s the first time you have worked on a film with your husband and you also produced the film so I’m guessing various factors made you say that.

Mary Elizabeth Winstead: It was kind of a combination of all those things but I think ultimately the most difficult part of it was just the character. She was so complex and there were so many levels to her and I think there are like traps in terms of this type of character in films. I didn’t want to fall into any sort of trap of trying to seem mysterious or trying to seem enigmatic and ultimately having it all fall flat because the whole movie hinges on this person being strange and otherworldly and you not really knowing what she’s thinking at any given time. Those kinds of characters are always difficult because you have to do that and keep it interesting for yourself and the audience. How do you give the audience a lot of interesting stuff without giving anything away at the same time? So all of that was like, “Oh God. How do I do this? How am I going to make this work?” But the more we started shooting it, the more details about her I found I could hold on to that I could use as an actor that wouldn’t give the plot away the more I got excited and felt like I could do something interesting with her, but it was worrisome for me for sure.

SCREAM: Riley told me he would show you about ten pages each day as he wrote them. How much input would you say you provided in terms of the story and characters?

MEW: I definitely gave my thoughts on everything that I read and, for the most part, I loved what I was reading so I didn’t have a tonne of stuff to say. I would give little notes about my character and would just kind of gently push him along the way to make sure he gave me something juicy to do, which he did in spades. Some of those notes he took and others he didn’t but I knew that he was making something great so I gave as much constructive criticism here and there as I could but everything ultimately was exciting to me and I knew he was working towards something that I was going to be really excited to be involved in.

SCREAM: I know you had your doubts about taking on the role but you must be delighted that you did in hindsight.

MEW: I’m certainly thankful that I did it now. I always wanted to do it but I think I just had fears about the character and whether or not I could pull it off. I wondered that if I wasn’t his wife that I wouldn’t be the person that he would cast. I guess that, as an actor, because you go through so many rejections you kind of get used to being told you’re not right for something. *laughs* Pretty much any time I get offered something I kind of go, “Are you sure?” I mean, I’ve been told so many times over the years that I’m not right for these kinds of parts that I wonder if can really pull them off. But it’s nice to get the challenge and to feel like you’ve achieved something that you didn’t know whether or not you could do.

SCREAM: I think both you and Leland came up with a fair bit of your own back stories. Where did those ideas spring from? Did you come up with the ideas alone or did you brainstorm with Leland about all of that?

MEW: I think it suited our characters for us to not discuss that stuff with each other because we really wanted to learn about one another through the filming process and to be surprised by one another’s performances. We both definitely did our own research and we did talk together about the themes and the idea of what we were both going for in a vague sense but I think we both were both coming from the same place of wanting to keep that stuff private and to ourselves so that it could be really spontaneous on the day, but we both definitely had our stories in our back pockets.

SCREAM: So was there anything that Leland did that took you totally by surprise as you didn’t speak too much in pre-production with him?

MEW: His whole performance was just so incredible. He’s got such an energy that’s completely unique and he gives off this kind of really charged energy in every single moment that is so exciting to work across because you just know you are going to get something different and special. I was just thankful for every moment that we had because it was so exciting, and to see him fall apart in such an authentic way was so great for me because I got to use that as my character and to manipulate that and have fun with that.

SCREAM: I think it was Leland that got hold of Ted Patrick’s book ‘Let Our Children Go!’ and then you both also watched a lot of YouTube videos about cults. Was there anything that particularly shocked you whilst researching for the film?

MEW: I think what I was most surprised by was that Riley hadn’t read any of those books and I think he just had a very vague knowledge in passing of Ted Patrick and those stories but it was surprising how similar it all was to the actual script. Riley hadn’t really intended to be true to life and had wanted things to be a little bit over the top and a little bit hyper real so I was shocked by how true to life it actually was and how ridiculous a lot of the real life encounters really were. I was shocked by this kind of Wild West way that they got these things done with no rules.

SCREAM: Without giving anything away, there’s one specific scene that is Riley’s favourite but was the hardest scene for both Leland and yourself. Can you tell us a bit about that?

MEW: Well it was kind of like the most favourite and least favourite scene. It was my favourite scene in the sense that it was so challenging and exciting and I love to get that kind of a challenge, but it was also incredibly daunting for both Leland and myself. It was like twelve pages long and went to so many places and we didn’t rehearse it so both of us had it in the back of our minds every day. We were constantly like, “Oh God. That scene. That scene. That scene. Are we going to be able to pull this off?” It wasn’t that it was my least favourite scene, it was just the biggest challenge and the most daunting. But once we’d finished it, it was so rewarding and it felt so good to be done with that scene. It felt like we went somewhere together and we kind of bonded over the challenge of that scene. Ultimately I’m very thankful to get the opportunity to do things like that so I’m thankful to Riley for writing such a crazy scene and that we completed it.

SCREAM: Something that interested me was that you slept in a motel similar to the film set and Riley would wake up all freaked out and you had to talk him down each night.

MEW: Every night was pretty insane. He would wake up and just start directing in the motel room and I would have to convince him that we were sleeping, that we weren’t at work and that he should go back to sleep. He would argue with me and say things like, “No, no, no. I’ve just gotta get this one last shot. I’m just setting up the shot. Just let me do it.” So I would say, “Riley, we’re not at work. We’ve go to go back to sleep and get some rest.” Eventually he would realise that I was right and he would groan and fall back asleep. It was kind of crazy just how much the film was on his brain while we were shooting so it was my job to try my best to get him to at least get some sleep.

SCREAM: Other than Faults you are also part of the cast of Carlton Cuse’s new supernatural/mystery series The Returned. How’s it been being involved in that? 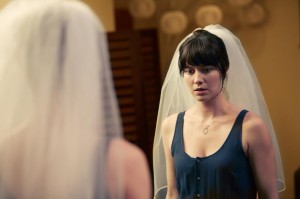 MEW: It’s been really fun. I haven’t done TV since I was very young so it’s kind of a new thing for me but it’s great. I felt really lucky to be on a show where every week I was getting this really emotional material to work with and a really great cast. Shooting in Vancouver was incredibly beautiful and it was just a really lovely experience so I’m hoping to get another shot at it and to get a season two.

SCREAM: Then you have The Hollars with Anna Kendrick and Sharlto Copley.

MEW: I do yes. That’s kind of a small supporting role just for fun but it was a great cast to get to go and have fun with for a couple of days.

SCREAM: And then there’s Valencia with John Goodman.

Yeah, I’m really excited about that. I think that’s going to come out in the fall but it hasn’t been set yet. That’s kind of another contained thriller with me, John Goodman and John Gallagher Jr. for the whole movie and it was a blast to shoot. It’s quite intense so I’m really looking forward to people getting to see it.

SCREAM: Thanks so much Mary. We really appreciate your time.

MEW: Oh awesome. Thank YOU so much and hopefully we’ll talk to each other again soon.

We’d like to thank Mary for talking to SCREAM and we’ll leave you with the trailers for Faults and The Returned.