Marvel Comics has already announced a new Alien comic series, and now the Predator franchise is coming back to the page as well! An ongoing Predator comic series is coming this June.

Ed Brisson (Uncanny X-Men) and Kev Walker (Doctor Strange) are teaming up for the series, which will be set within the continuity of the entire film series. Here’s the official synopsis:

“Hunt. Kill. Repeat. In the near future, a young girl sees her family slaughtered by the deadliest and most feared hunter in the universe: a PREDATOR. Years later, though her ship is barely holding together and food is running short, Theta won’t stop stalking the spaceways until the Yautja monster who killed her family is dead… or she is.” 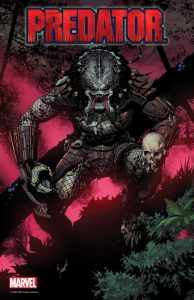 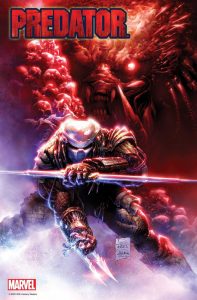 Predator #1 will be hitting shelves on June 9th. Check out the previews of the cover art.