Mark O’Brien (Hannibal, Ready or Not) is making his feature directorial debut with The Righteous, a “dark chiller” that will premiere on Arrow Video in the US in June. Arrow Films, which is UK-based, will also release the film in the UK and Eire. 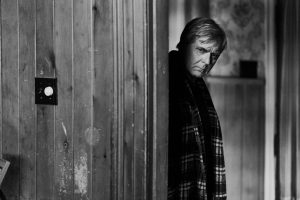 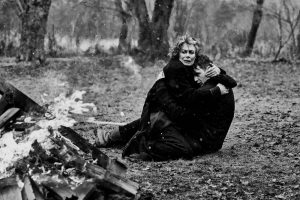 In addition to directing, O’Brien wrote The Righteous and stars alongside Ready or Not co-star Henry Czerny and The Day After Tomorrow’s Mimi Kuzyk. The film“tells the story of Frederic (Czerny), a grieving man struggling with his faith, who helps an injured young man, Aaron Smith (O’Brien) who stumbles onto his property one night, claiming to be lost in the woods. Frederic and his wife (Kuzyk) invite the man to stay for the night, but Frederic soon begins to have doubts about this enigmatic stranger’s story—and his motives for being there.

“When Aaron asks Frederic to commit an unspeakable deed, it becomes clear that the man is not who he seems, and has been sent to test the very limits of Frederic’s existence.”