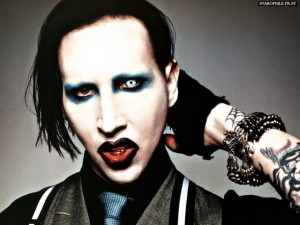 The Antichrist Superstar himself, Marilyn Manson will appear as a special guest star in the upcoming season of WGN America’s Salem, it has been announced. Now in production, the third season of the hit show is set to air later this year. Salem is set in the 17th-Century, around the time of the Massachusetts town’s famous witch trials, rewriting history as though witches really did exist there.

Continuing its bloody, sexy and fantastical reimagining of Colonial America, Salem’s third season dawns with the triumph of the witches’ plan to remake the New World by bringing the devil to earth and making Salem his capital. But the devil is a liar, and instead of a New World free from murderous Puritan hypocrisy, his own plan will bring nothing but death and slavery with the ultimate aim of leading humanity to destroy itself. And there’s only one person on earth who can beat the devil — the very witch that birthed him, his mother, Mary Sibley. The only problem is—she’s dead. Or is she? 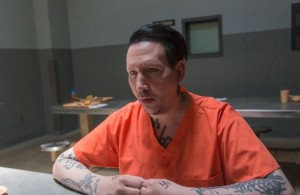 His role as barber and surgeon Thomas Dinley will not be Manson’s first involvement with the show, having collaborated with composer Tyler Bates on the haunting opening credits track, Cupid Carries a Gun.

With his once cutting-edge brand of shock rock nowadays seeming, well, somewhat less shocking, here’s hoping we’ll see Manson appearing in more of such edgy roles, impressing as he did as white supremacist Ron Tully in the final season of FX’s Sons of Anarchy.