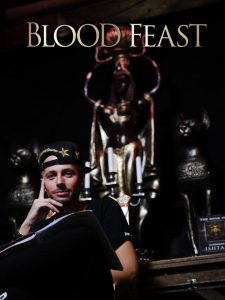 German-born filmmaker Marcel Walz has always been fascinated by some of the classic slasher films of recent years. After finding inspiration from the works of John Carpenter and Wes Craven, Walz began his filmmaking career and as a director, he has gained a wealth of knowledge completing films like Tortura, Plastic and Seed 2.

For his latest project, a remake of the original Blood Feast, Walz directs Robert Rusler, Caroline Williams, Sophie Monk and Sadie Katz. The film follows the fate of the Ramses family who moves from the United States to France where they have begun to run an American diner. Unfortunate for them business is not going well so Fuad, the father of the family, works night shifts in a museum of ancient Egyptian culture and falls under the spell of the seductive goddess Ishtar. Soon after Fuad prepares a ritual feast to honour his new mistress.

Blood Feast was given its UK Premier during FrightFest last August in London and in celebration of the upcoming US release of the film we sat down with Marcel Walz to chat about his inspiration, blood rituals, glam-gore and what it was like to work on the remake of the original 1963 splatterfest.

SCREAM: So tell our readers, what inspired you to become a filmmaker?

Marcel: That’s a good question. When I was about twelve years old I fell in love with movies like ‘Scream’ and ‘I know what you did last summer’, all the movies that I was not allowed to watch because those were rated with a 16+ rating here in Germany. But, I found a way to get my hands on them. You see my mum was so cool and got me all these movies and at the end of every weekend my friends and I would hang out at my house watching these movies. It was after hours spent watching teen slashers that influenced me to embrace horror and after watching other classic horror movies like The Texas Chainsaw Massacre, Halloween and Friday the 13th. I fell in love with practical effects and the rest is history.

According to my research, you’ve been making films since you were seventeen. A large number of projects have been horror. What do you like most about the genre?

Marcel: That’s right. I grew up watching the horror genre and it has always been my favourite it can be so much fun. As a director, the horror gives you the flexibility to do whatever you want. It’s up to you and the writer to develop the story not to mention how crazy and bloody the movie will be at the end.

Whose work has influenced your style of filmmaking?

Marcel: Watching all those classics I fell in love with John Carpenter and Wes Craven, the masters of horror. Their past work really influences my style of filmmaking but then again, my own style has changed a lot over the years. I like to refer to it as glam-gore. I don’t know if this is the right name for it or not… 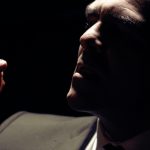 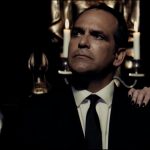 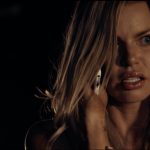 Glam-Gore? I like it! Now Blood Feast is a remake of the 1963 film of the same name. How did the project come to be?

Marcel: I’ve been thinking for a long time that I’d love to remake a classic so when I was asked to direct Blood Feast I jumped at the chance. It all began in 2014 when I was on a promotional tour in the USA for one of my movies. I met up with one of the CEOs of Gundo Entertainment and during the conversation, he mentioned that he wanted to produce a remake of a classic horror movie and his company was looking for a European director as they had plans to shoot in Western Europe. He said “we want to remake Blood Feast” and asked if I understood. I did and immediately campaigned to get the job and two weeks later they hired me to direct Blood Feast. We moved into pre-production and it was like a dream for me. I’m really proud that Gundo Entertainment trusted me with the project. The support they have given me has been amazing.

Great stuff! So Blood Feast. It seems there’s been quite a bit of research done into the use of blood rituals. Did you do any research into this world if so how much?

Marcel: Yes. Philip Lilienschwarz, our screenwriter, did a lot of research into the history of Ishtar and the surrounding mythology. But the story of Fuad and Ishtar is a weird one, it’s not so easy to stay close to the reality on that one.

So tell us about your cast. When did Caroline Williams and Robert Rusler onboard?

Marcel: Caroline Williams was our first choice playing the character of Louise Ramses, the loving wife. I’ve worked with her on others projects before. So when we developed the story, we already thought of her even before she had signed on. Thankfully things worked out fine. Caroline is amazing. It’s always a pleasure working with her.

As for the amazing Robert Rusler as Fuad Ramses. He did such a great job giving life to his character. It all just fit into place with Robert. We definitely knew that we had chosen the right actor, to play Fuad even before shooting the first scene.

Then our lovely Ramses family was completed by Sophie Monk who did such a great job in playing Penny, the daughter of Fuad’s and Louise. We also had our lovely Sadie Katz onboard. I was watching Wrong Turn 6 and thought, yes she could be perfect for our sexy goddess Ishtar and I was right. Sadie knew from the very beginning how her character should act and behave.

Sounds like you all had a blast. What was your favourite scene to shoot and why?

Marcel: My favourite scene was definitely the final scene within in the movie when the Blood Feast is happening. You see our story goes far beyond that what was shown in the original movie from 1963. The Feast was missing in the original and we were able to complete the story and show the audience the Feast that everyone expects when you hear a movie title named Blood Feast. It was great to shoot that. It was so crazy and it was the bloodiest scene I’ve ever shot to date.

The level of violence in this film is quite graphic. Was there any point during filming when you thought you might have gone too far?

Marcel: (laughing) Can you really go too far in a movie called ‘Blood Feast’? It’s a remake of the first splatter movie ever made so the only way forward is to give the audience what they expect from this kind of movie. In fact, we didn’t worry about there being too much violence. We were afraid that there wasn’t enough violence! Thankfully Ryan Nicholson and his wife Megan did such a great work in building realistic handmade special effects. 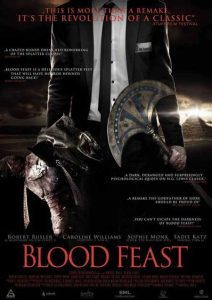 Your film was screened at FrightFest in London last August and is due for a release in the US. Just how excited are you at this stage?

Marcel: Having the film shown at FrightFest was a great honour for me and the whole team. At this stage, all contracts are signed for the upcoming US release. Both mark a huge step forward for my personal career and it wouldn’t be possible without all the hard work that everyone put into the making of the movie. I am beyond words at this time to describe just how excited I am.

We wish you all the luck with the release of Blood Feast. What’s next for you?

Marcel: I’m keeping my cards close to my chest. I have two projects planned for this year but I’m keeping quiet… for now. But, I can tell you that it’s going to be even bloodier and you can expect many known faces starring together in one movie.

Sounds intriguing. Thanks for your time, Marcel!

We’d like to take the time to thank Marcel Walz for taking the time to talk about Blood Feast with Scream Magazine. Currently, there is no news regarding a UK release but our US readers can look forward to catching Blood Feast when it is released in theatres from 28th April thanks to Medallion.