Manson Film in the Works from American Psycho Duo 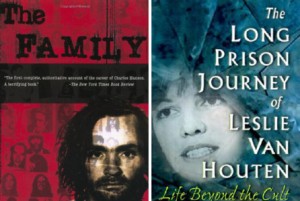 Charles Manson and his ‘family’ committed among the ugliest and most notorious crimes of the 20th century, leaving a legacy of sorts that continues to fascinate and horrify. The Family – who committed nine murders over a five-week period in the summer of 1969 – has become, to varying degrees, the inspiration behind numerous horror films, from hippie exploitation flicks taking the idea of the ‘family’ (I Drink Your Blood, The Texas Chain Saw Massacre, The Devil’s Rejects), to films rooted the facts of the case (Helter Skelter, The Other Side of Madness, The Manson Family).

Mary Harron and Guinevere Turner, the team responsible for 2000’s ‘nutty yuppie’ classic American Psycho, are most definitely going down the fact-based route for their upcoming The Family. The pair’s now finished screenplay is based in part on writer and activist Karlene Faith’s book The Long Prison Journey of Leslie Van Houten: Life Beyond the Cult, which details the writer’s thirty-year friendship with ‘family’ member Van Houten, whom many believe was unjustly sentenced to life imprisonment. The script also takes from Ed Sanders’ 1971 Manson murders novel The Family, as well as borrowing the title.

The Family will detail Karlene Faith’s time spent teaching three female members of Manson’s cult in prison, and their personal journeys as they come to terms with their crimes. Casting has now begun, with shooting set to take place in Los Angeles in the summer.