Synopsis:
10 years after the alien invasion of 2021, Earth’s extra-terrestrial attackers – known as Heavies – have mostly retreated from our planet following a huge military campaign. Soldiers the world over continue to fight the remaining Heavies from dilapidated strongholds known as outposts while the rest of the world tries to move on. A documentary crew follows three troops as they land in an area crawling with Heavies to join the team defending the most threatened and dangerous of these bases; Outpost 37.

The term ‘found footage’ seems somewhat ill-fitting when discussing MANKIND’S LAST STAND, which is presented like a news report or glossy TV documentary as opposed to any kind of home movie. Frequently cutting away from the action to interviews with the soldiers, the film also uses title cards to give context, detailing the history of the invasion and events since. We are not subjected to underlit night-time scenes or an over-reliance on migraine-inducing shaky camerawork as is so often the case with found footage; the film is actually rather nicely shot.

Filmed in South Africa (doubling for Pakistan, where Outpost 37 is situated), the film is comprised almost entirely of exterior shots, its dusty landscapes and blue skies making for a pleasingly sun-kissed palette. Shots are framed well, particularly during the stillness of some early scenes as the soldiers are introduced and their characters established. When the action does arrive the camerawork and editing are frenetic but controlled, always keeping track of the individuals within the chaos. The fire fights are impressively kinetic and taut, with bullets seeming to hit scarily close to us; we feel so in the thick of it one almost expects to see Ross Kemp amongst the men.
There are three main shootouts throughout MANKIND’S LAST STAND. Each bigger than the last, they provide a sense of escalation and neat structural backbone that holds together a film that could otherwise have become messy and directionless. The first fight comes as the outpost is attacked by local (human) militants, whose motives only become clear much later in the film. It is not until battle number two that we get our first glimpse of a Heavy. Even then, the camera is reluctant to give us much time to take it in, snatching a few glances at the reptilian bastard as it fires down at the soldiers and their Pakistani translator, Saleem. We do see enough to confirm that the Heavies certainly live up to their nickname however. Clad in separate plates of metal body armour, they are bulky, humanoid bipeds with large, lizard-like heads, and they look really cool. While the limited facial motion the modest budget allowed for arguably detracts a little from the believability of this faux-documentary, horror fans in particular will appreciate the use of practical effects. While digital effects are used frequently for the Heavies’ weapon blasts, or to depict one being shot to pieces for example, it’s nice to see aliens created practically in a contemporary sci-fi. Of course, by the carnage of the climactic third battle, the Heavies are fully on display.

As director Jabbar Raisani reveals in the DVD’s serviceable ‘making of’, his insistence on not using any ‘name’ actors made for an exhaustive casting process. Whatever he did worked however, as the cast of unknowns are impressive more-or-less without exception, bringing believability to staple war movie characters that could so easily have ended up tired stereotypes. And with monikers such as Duke, Mac and General Dane, the odds were stacked against them in this respect. As the sensitive, butt-of-the-joke young ‘un Frankie, Sven Ruygrok positively demands our sympathies, while Matthew Holmes is tough but warm and fatherly as North. When we cut to interviews with the surviving men following a comrades death you’ll feel as though you’re listening to true tales of friends lost to war.

It’s only natural watching the setup of camo-clad American soldiers in a Middle-Eastern setting to start looking for some level of political allegory, but in this regard the film is content to merely dip its toe in the water. The outposts, forgotten by the world at large despite the soldiers still fighting from them, are clearly a means to confront recent history’s lasting situations in Iraq and Afganistan. It’s a little on-the-nose, and the film’s reluctance to probe any deeper is somewhat disappointing. Where biting satire could have challenged viewers, the film seems unwilling to lay its cards on the table, as if wary of straying too far from its popcorn thrills.

A strong feature debut for director Raisani, MANKIND’S LAST STAND (a title seemingly devised for the UK DVD; it is more widely known as Outpost 37) is a tight and entertaining sci-fi war film, finding impressive production values from its limited budget (around US$5 million). It’s a simple tale with no defining vision, but with a far more robust structure than is expected from its documentary format. It’s also not going to win any accolades for originality anytime soon, and pulls back from its hinted-at politics. The aliens are great though, and the battle scenes are loud, searing and unnervingly involving. If you’re after a sharp, snappy sci-fi actioner, you could do far, far worse than this. 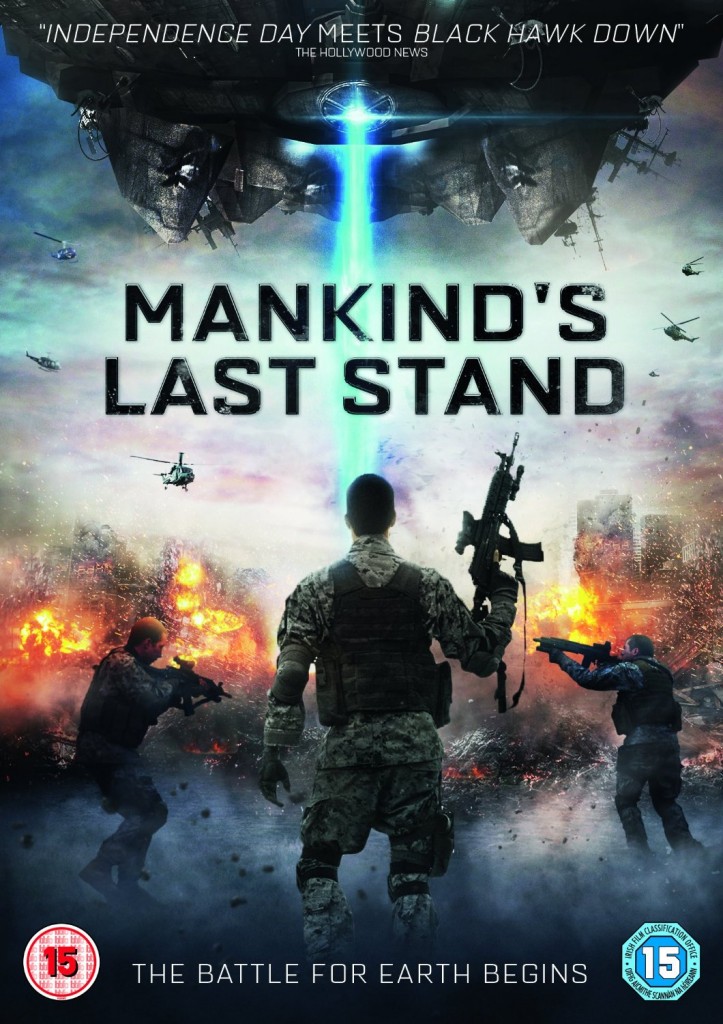