Saw has returned to its rightful place with a Halloween release set for this year. Filming is already underway on the eighth film in the torturous franchise, Saw: Legacy and the cast announcements have just started to roll in. We recently revealed that Laura Vandervoort and Hannah Anderson have been cast in the film and now Mandela Van Peebles has jumped on-board to join them. 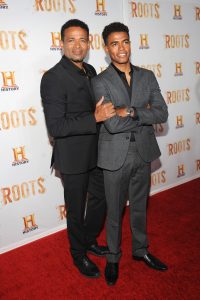 You may recognise Van Peebles from last year’s mini-series Roots or 2012’s comedy We the Party, but he is also the son of Mario Van Peebles, who starred with his son in 2003’s Baadasssss!, as well as Mantervention and Nashville.

Saw: Legacy is co-directed by brothers Michael and Peter Spierig (Daybreakers, Predestination), and is written by Piranha 3D’s Josh Stolberg and Pete Goldfinger. Mark Burg, Dan Heffner and Oren Koules are the film’s producers and the latter two have produced every Saw film so far.