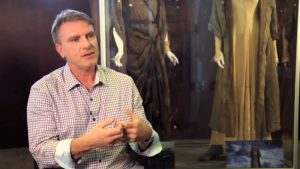 Set to bring a fresh twist to the revenge flick is Carnival, which features a circus knife-thrower using his particular set of skills to avenge his sister’s murder. Far from a one-man band however, he enlists the help of a host of fellow circus performers, each with their own unique specialties.

Casting in now underway on Carnival, with principal photography set to start in the autumn. Voltage will finance and handle worldwide sales at the Berlin Film Festival.