Synopsis:
Rosemary’s Baby retold in the modern era. A young mother’s grief over the loss of her child leads her down a road of terror and paranoia. 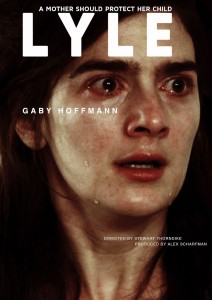 Roman Polanksi’s 1968 film Rosemary’s Baby is without a doubt, one of the best well-known horror films of all time. Celluloid has given us some of the greatest stories ever told. It only makes sense that some of those stories would be reimagined and reinterpreted for the modern age. Not necessarily being remade, but being retold. Lyle, released in 2015, is one of those films. It’s a modern take of Polanski’s work, with a predominantly female cast. Since being released, it’s been given rave reviews, and enormous amounts of praise.

Our story is centered on a young lesbian couple, struggling to cope with the grief of their child’s untimely death. This is an angle we’re not used to seeing in a horror film, and it’s one that sets this film apart from a great many others. Horror isn’t something we think of when we hear the term ‘LGBT movie.’ The film industry itself has always been a male dominated field, so in some regards this film breaks away from the norm. I feel director Stuart Updike is trying something new with this one. However, it falls short of being held in the same class as Polanski’s classic.

In being objective, this one does capture the terror of the unknown that we saw in the original. The folly comes from the time period. In recent years, there have been a few films that revisit the ‘Satanic panic’ angle that was so dominant during the 1980s. The House Of The Devil and Starry Eyes are undoubtedly the best of these, tapping into old fears, yet still retaining the ability to be an original work. When it comes to films of that nature, it’s hard to release one in this day and age, and have it taken seriously. The Satanic panic horror film is a ship that left the harbor a long time ago. Adapting these themes and tropes to a modern horror film seems futile at this point. Especially when you’re borrowing heavily from one released almost four decades ago. An audience in 1968 could easily understand the context of a film addressing the absence of God, considering the rise in popularity with Anton LaVey’s Church Of Satan. Here, it seems like a subject matter completely out of place with the time period. This work suffers from a substantial lack of originality. Within its first act, it’s almost impossible to miss what film they’re paying homage to. 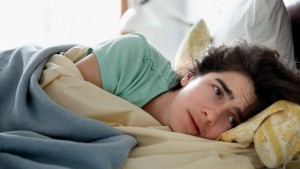 That’s not to say it’s a film completely lacking in any redeemable qualities, not at all. With a short running time of just over an hour, the plot unfolds at a pace the keeps your interest in the events at hand. Nothing is really given away until the films third and final act. Much like Rosemary’s Baby, the terror in this one comes from the unknown. As the viewing audience we’re taken on a slow journey into madness. Throughout the narrative, our protagonist walks a thin line of paranoia and madness. If it’s one thing a good amount of modern entries lack, it’s certainly the suspense factor. Despite not being completely original, it still holds its ground pretty well. It might not be deserving of all the praise its gotten, but it certainly stands out as something to appreciate.