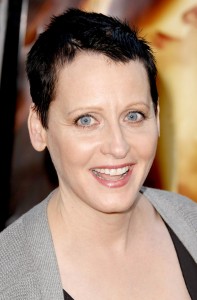 Lori Petty, who plays Lolly in the show Orange is the New Black has joined the cast of Dead Awake, a horror-thriller which revolves around terrifying sleep paralysis. The film will be directed by Philip Guzman with a script by Jeffrey Deddick, who is the writer behind Final Destination. Dead Awake also features Jocelin Donahue, who starred in Ti West’s The House of the Devil.

Synopsis:
The story centres on a young woman (Jocelin Donahue) who discovers an ancient evil stalking its victims through the real-life phenomenon of sleep paralysis. After losing someone close to her, she teams up with a local artist (Bradford) to investigate the mysterious circumstances surrounding the unexplained death. After she is finally exposed to the terrifying truth by an eccentric expert on sleep disorders, her investigation unknowingly puts her best friend and everyone close to her in danger.

Sounding very similar to A Nightmare on Elm Street, Dead Awake has a pretty creepy concept. The idea of something frightening you when you are asleep and at your most vulnerable will always be spine-chilling.