Look Through The Eyes of My Mother in this Unsettling Trailer

Magnet Releasing has announced that it will be putting out category-defying arthouse nightmare The Eyes of My Mother in US cinemas and on VOD from December 2nd. Accompanying the announcement comes this rather beautiful one-sheet and trailer. 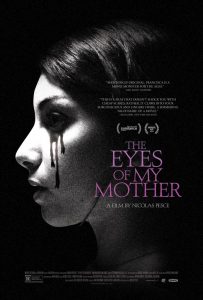 The film marks the debut of writer/director Nicolas Pesce, and centres around a mother and former surgeon, who lives with her daughter Francisca in a secluded farmhouse, teaching her to understand anatomy and be unfazed by death. A mysterious visitor shakes up the comfort of Francisca’s family life and deeply traumatizes her, while also awakening unique curiosities. Francisca’s loneliness and emotional damage manifest themselves years later in dark and disturbing ways.

The haunting and deeply disquieting trailer suggests something jaw-droppingly beautiful, troublingly grisly and truly unsettling.
The Eyes of My Mother stars Diana Agostini, Olivia Boand, Will Brill and Kika Magalhães. It was quickly snapped up by Magnet after making waves at this year’s Sundance Festival. It’s next stop is at Austin’s Fantastic Fest. 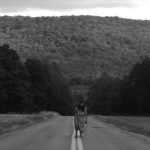 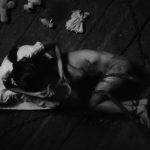