Lone Wolf and Cub Returning to the Screen 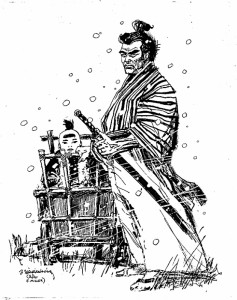 Since its first appearance in 1970, Kazuo Koike and Goseki Kojima’s Japanese comic book series Lone Wolf and Cub has seen countless film, TV and stage incarnations. The most well-known of these is probably the supremely bloody onetime ‘video nasty’ Shogun Assassin.

The celebrated Manga series is headed to the screen once again, in an English-language production from SP International Pictures entitled Lone Wolf and Cub: Final Conflict.

Lone Wolf and Cub follows Ogami Ittō, who is cast from his position as the Shogun’s executioner and disgraced by false accusations from the Yagyū clan. Forced to take the path of the assassin Ogami, along with his three-year-old son Daigorō, seeks revenge on the Yagyū. 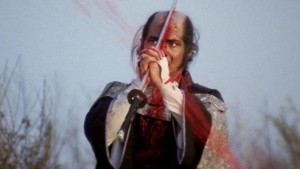 Te Ni in 1993. “I have been a huge fan of the property for many years and can’t tell you how excited I am to have the opportunity to embark on this journey,” SP’s Steven Paul says of the project. He also reveals that the film will feature “an essentially Japanese cast.”

Both Darren Aronofsky and Justin Lin have been attached to the project in some form over the last ten years, but a director has yet to be announced for the film, which is expected to go into production in 2017.