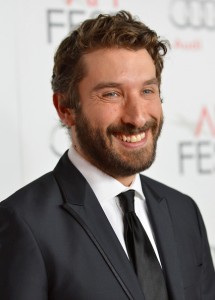 Lionsgate has secured a ton of international deals for its psychological horror Marrowbone from director Sergio G. Sanchez.  Marrowbone will be executively produced by J.A. Bayona, the director of The Orphanage and The Impossible, which were both penned by Sanchez.  Belen Atienza, who produced The Impossible and the upcoming A Monster Calls, will be producing Marrowbone with Guislaim Barrois and Alvaro Augustin from Telecinco Cinema; the company that produced Pan’s Labyrinth.

This is definitely a tight film family and Barrois has said, “Marrowbone is part of an important lineage. Guillermo del Toro godfathered Juan Antonio Bayona’s ‘The Orphanage,’ and now Juan Antonio is godfathering Sergio’s debut.”

Telecino Cinema has helped to bring some striking Spanish cinema to the world, particularly those which focus on children, and Marrowbone seems to be keeping to this notion. The film will follow a 20-year old and her three younger siblings who are tormented by a supernatural presence. A release date has not been set, but Marrowbone will begin shooting this June and will be released by eOne in the UK.