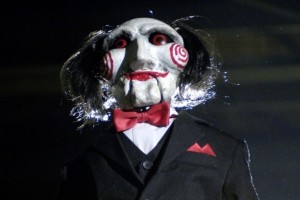 It may not seem like it, but it’s been more than five years since we last saw a new Saw film. While 2010’s Saw 3D: The Final Chapter purported to mark the end of the lucrative horror franchise, it would have been a foolhardy soul who bet money on it. We’ve seen that ‘The Final Chapter’ title used prematurely before, after all. And sure enough, Lionsgate have announced the next instalment in the series, to be titled Saw: Legacy.

No news yet on whether the new film will be a straight sequel or follow a different direction (in today’s landscape, it seems surprising that we’ve not yet seen a reboot or indeed TV series), but Lionsgate are sure to want to hurry this one along. They’ve all but secured writers Josh Stolberg and Pete Goldfinger for the project, which will be the eighth entry in the successful franchise. The writing duo have popcorn horror potential, having penned Sorority Row, Piranha 3D and its sequel. Stolberg also directed the 2013 remake of David Schmoeller’s Crawlspace. 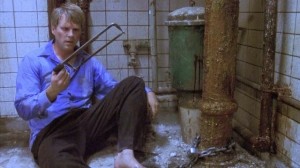 Saw: Legacy is to be executive produced by James Wan and Leigh Whannell, the creators of the original 2004 film, which Wan directed. Further details are sketchy, with any plot details being kept firmly under wraps, where they will no doubt remain for some time.

Does the world need another Saw movie? Probably not, but Lionsgate won’t be concerned by that. For six years, Saw films dominated Halloween ticket sales, and audiences are going to flock through the doors of multiplexes again when Saw: Legacy arrives.