Linda Blair Wants a Part in The Exorcist Series

Wouldn’t it be great to see Linda Blair back in The Exorcist? Well, she certainly thinks so! In an interview with Forbes, the actress famed for her performance in the 1976 possession classic said: 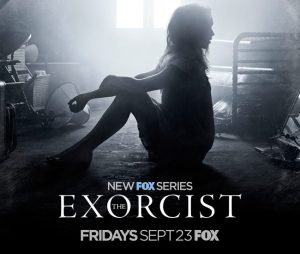 “They haven’t contacted me or reached out at all. If they want to play ball, let’s play ball. I should be involved but they have never invited me to. So far they have only said it to the press.”

We love how she believe she should be involved, because hell yes, she definitely should be. It’d be a great cameo to see the original supernaturally tortured teen make an appearance all those years later. She doesn’t have to have a massive part, just a tiny, teeny role to please the fans. Come on, FOX, make our day.

Even though she hasn’t got a part in the series, Blair is still eager for the show to do well and has praised the show’s star Geena Davis:
“I am looking forward to seeing what they do. They are trying to come up with different scary stories that have to do with the paranormal and exorcism […] Geena Davis is a huge fan of it all and I’m a huge fan of hers so of course, I’m going to wish them good luck with it. I don’t want people to fail, that’s not who I am.”

According to early viewings of the show’s pilot episode it seems that FOX’s The Exorcist series is pretty decent. We’re excited by the positive reception, so we’re looking forward to catching the The Exorcist when it premières on 23rd September. We hope you are, too!