Linda Blair Stars in Superhero Comedy Surge of Power: Revenge of the Sequel

The Exorcist’s Linda Blair lines up alongside the likes of action veteran Eric Roberts and the original Incredible Hulk, Lou Ferrigno in Surge of Power: Revenge of the Sequel, which will roll out in US cinemas in the new year.

The film is a follow-up to 2004’s Surge of Power: The Stuff of Heroes, which gave the world its first openly gay screen superhero. Returning to the cape-clad title role of Surge is creator Vincent J. Roth, who co-directed the sequel with Antonio Lexerot. Blair plays the estranged mother of Surge’s nemesis in the film, which has scooped up a number of awards at festivals and conventions around the world. 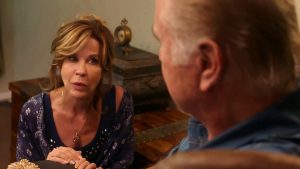 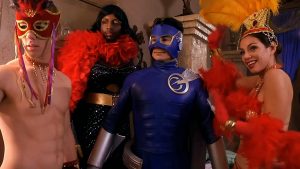 Synopsis:
Surge’s nemesis, the Metal Master, is out of jail and trying to reconcile with his estranged parents and tempted to continue a life of crime by Augur, archnemesis of the wise Omen.  Augur sends Metal Master to Las Vegas for mysterious crystals.  Needing more crime fighting help, Surge activates the artificial intelligence in the Surgemobile. Augur emerges from the shadows back in Big City, causing Omen to step into the fray, which alerts The Council, a supervillain cabal bent on world domination.  Facing more enemies than ever before, Surge must do whatever it takes to save mankind.

Surge of Power: Revenge of the Sequel opens in LA on January 5th before hitting New York on the 19th and continuing across the US.