Lin Shaye Will be at the Centre of Insidious: Chapter 4

When speaking during an interview recently, Lin Shaye revealed some important details about Insidious: Chapter 4 and the direction the plot will be moving in. As with Chapter 3, Chapter 4 will again be a prequel to the first two films, following-up after Elise starts the company Spectral Sightings with Specs and Tucker. In the interview Shaye said: 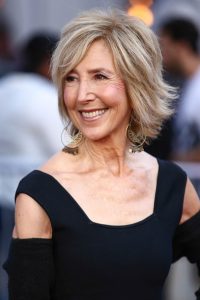 “[The film] goes back to Elise’s beginnings […] when she walks off with Specs and Tucker and they’re starting their company, Spectral Sightings, and they are now living at her home. They’re like her two sons, her two bad sons.

It starts out in a very jovial, happy place and then goes downhill from there. And downhill meaning uphill, though. It’s a fantastic story and it took me back into what made Elise who she is. You meet my family, my mother, my father—we go back to my hometown, which is in New Mexico. And so that’s where this takes place and her quest to find the bad guy that’s been haunting her. It’s a really wonderful story. I think the fans will really, really enjoy it. And it’s scary on levels they’re not going to expect.”

We’re most excited about the prospect of the film offering unexpected levels of frights, because horror films are all about the scares, right?! Right.

Insidious: Chapter 4 will be directed by Adam Robitel (The Taking of Deborah Logan) who has already proved he can craft a genuinely unsettling feature with his feature debut, so we are extremely intrigued to see what he can bring to this Insidious table.