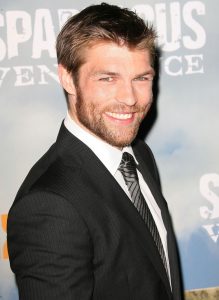 Liam Mcintyre has been cast in Syfy’s anticipated horror series The Haunted which sees four siblings forced to confront the ghosts of their past during a reunion. So far, the series stars Agent Carter’s Lyndsy Fonseca and Jessica Jones’ Elizabeth Cappuccino. McIntyre, also has a string of TV series to his name and they include Spartacus: War of the Damned and The Flash, where he plays villain the Weather Wizard.

McIntyre will be a series regular and will play the role of Detective Reece Mason who is called to investigate the murder that lies at the story’s centre. His professional partner will be fellow officer Jordan Terry, who is to be played by DeVaughn Nixon from MacKenzie Falls, The Hard Times of RJ Berger and The Secret Life of the American Teenager.

Synopsis:
Four siblings who reunite following their parents’ deaths. As they try to overcome their fractured personal relationships they find that they must also face the literal ghosts from their past in order to survive.

The Haunted has been written by Noga Landay (The Magicians) and should be with us this year.