Let The Right One In Bleeding Onto TV

Whilst busily working away at their revived Tales From the Crypt series, TNT are looking to increase their horror slate, ordering a pilot for a series based on John Ajvide Lindqvist’s Let The Right One In. 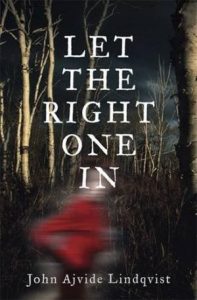 A series based on the best-seller was being talked about earlier this year when it was expected to head to A&E but, as reported by Deadline, TNT has now finalised a deal for the pilot. The series will mark the third screen adaptation of Lindqvist’s novel, following the poetic 2008 Swedish film and the 2010 US remake, Let Me In. The story involves a quiet, introverted young boy who builds a friendship with a female vampire who appears to be about his age. Her arrival in his town coincides with a series of murders which have the police stumped.

Jeff Davis (Teen Wolf) wrote the script for the pilot, and will serve as executive producer with Marty Adelstein (Aquarius, Teen Wolf) and Becky Clements (Aquarius) of Tomorrow Studios, as well as Simon Oakes of Hammer Films, who produced Let Me In. The pilot is being produced by Tomorrow Studios in association with Turner’s Studio T. 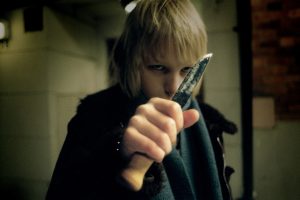 “Let the Right One In combines elements of horror, revenge thriller, and adolescent romance into an unforgettable and truly unsettling tale,” said Sarah Aubrey, EVP of original programming for TNT. “This novel is a watershed of rich storytelling, making it an abundant source from which Jeff, Marty, Becky, and Simon will bring to life this all-new adaptation.”