Synopsis:
Karen O’Hara is out hunting in the woods with her grandfather one day when she stumbles upon a rare four leaved red clover. On picking it she inadvertently awakens a trapped Leprechaun, who was placed there under the seal of magical protection after it went crazy in the sleepy Louisiana town, some 66 years before, causing a massacre. But what do you expect if you enslave innocent Leprechauns and send them into a crazed fury by exploiting their ability to mine for gold. With the leprechaun free, fuelled by a lust for blood and gold, the town’s residents are largely unaware of the danger that lurks in their midst. Everyone is busy preparing for a St. Patricks Day Parade; the first since the slaying which happened the last time the Leprechaun went wild. As the body count starts to grow Karen, her grandfather, Pops, and father, the local Sheriff, race against time to collect the four horse shoes needed to send the beastly killing machine back to his woodland holding cell.

Poor old Billy Zane, one moment he is flying high as the simpering bad guy in James Cameron’s Oscar winning TITANIC, the next he is battling it out as Sheriff O Hara with a digitally sketched Leprechaun, in made for TV, LEPRECHAUN’S REVENGE. Could Zane’s career have sunk as far as the ill-fated 1912 passenger liner this time? Well, maybe this is being a little unfair on the actor who has quite a respectable amount of straight to video/ TV exclusive movies under his belt already, so his inclusion here isn’t any kind of earth shattering revelation; actors gotta eat . While, in all fairness, he does put in one of the most impressive dead pan, tongue in cheek performances of his career thus far, for his role here. That surely deserves an Oscar for effort, or at least a professional trooper award for taking it on the chin like the old pro he is; all this when Zane isn’t given very much to work with in the first place. And to think it could have been so much better had they not tried to change the entire concept of the Leprechaun into something that could possibly have been aiming for scary- one can only speculate as to the motivations here as little makes sense on the surface.

Talking of Leprechaun’s (obviously), in view of the title, our favourite Leprechaun, the little green clad trickster Warwick Davis need not hang up his lucky horse shoes just yet, because this SYFY associated effort has zero to do with the official franchise, and more to do with the aforementioned channel wanting to cash in on St. Patrick’s Day with some relevant theming. The film originally was produced under the name of RED CLOVER, the leprechaun title was only factored in to meet a gap in the schedule. SYFY of course have a long tradition in producing wholly inept and completely crummy horror and sci-fi  Z-grade ventures. However they accidently set the bar high on the guilty pleasures scale for their 2013 SHARKNADO- to their detriment, as now there are some expectations for their straight to TV fodder that probably didn’t exist before. Sadly LEPRECHAUN’S REVENGE fails to register even a tiny blip on that scale. This is especially pertinent here given that SHARKNADO and LEPRECHAUN’S REVENGE share the same scriptwriter, Anthony C. Ferrante. Apart from some groan worthy, possibly humoristic nods like ‘Silver Shamrock Brewery’, there is something missing here that not even Zane’s convincing portrayal of a Sheriff in crisis can save.

Now some might argue anyone watching anything with the title LEPRECHAUN’S REVENGE has no right to complain. What do you expect? It’s a horror film about silly gold obsessed gnome type creature (or should be); we aren’t really going for social realism here. Ok, accepted, but this writer would argue if we are going creature feature, and if we are going into the realms of the outlandish leprechaun mythos, then that bag of gold at the end of the Leprechaun horror rainbow had better come stacked with a whole bunch of glorious camp fun and frolics. This is the biggest flaw of LEPRECHAUN’S REVENGE; it misses the boat completely when it comes to evoking a trashy fun factor. Instead, maybe in an attempt to move this film away from the original LEPRECHAUN franchise- which quite frankly has been done to death- there has been some attempt to make this leprechaun scary. It then fails to be a leprechaun anymore; instead resembling a crudely sketched rendering of Lord of the Rings Gollum’s giant cousin, with a skin made of tree bark, had it stolen the face of The Creeper from Jeepers Creepers face. Not even a sniff of a midget in a green hat.  That’s when you actually get to see it. The filmmakers are a tad tight fisted when it comes to showing their creature, for the first three quarters, it’s one of those blink you will miss it kind of deals. Sadly they weren’t as frugal with the digital blood splatter effects, or the random offal bought from the local butcher’s strewn around to indicate various ‘victims’ ‘effect’- despite the lack of unidentifiable human body parts in that meaty mix. The leprechaun has a few of these victims too, including gold toothed hillbilly man, and beard and glasses blogging hipster man (not nerdy guy though, he has the sense to read books on ancient magical legends) – the cast do have names, but this reviewer found it difficult to pay attention long enough to find out what they were.

For the core, holding it all together, is the aforementioned super trooper Zane in role of Sheriff. The actor bangs out his lines without an ounce of hysterically lined camp, everything is said with utter conviction. On these grounds the actor’s performance here could be considered a masterstroke in irony laced dry comedy- or at least it could be construed this way. It could also be that he was playing it straight, but that is far too terrifying a prospect to contemplate. William Devane as grandfather Pop O’ Hara is a bit more fun with his part and chews up the scenery to a certain degree with the taught serious expressions while referencing things like a danger inherent in “auld fairy magic” and stuff.  Courtney Halverson as our heroine Karen has that red headed flame look that fits in well with the theme, and does a capable job in her part.
All in all this is one of those films if you caught it on SYFY it might be worth sitting through, once, for some mild entertainment value. Director Drew Daywalt is renowned for his creepy horror shorts like BEDFELLOWS (2008), it is a shame he couldn’t muster the same strong statement and style for this feature length project. Overall, disappointing. 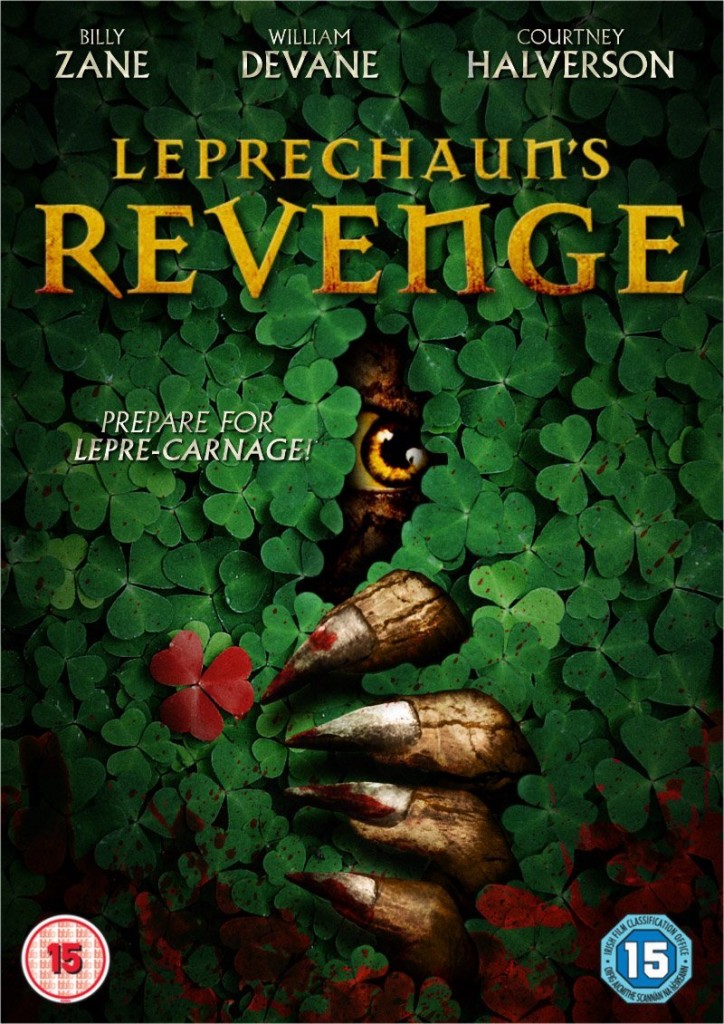 New Trailer For Out Of The Dark