Horror movie fans are no stranger to a sequel, with hundreds of follow-up films released in the horror genre. Many of these are just as low budget and just as bad as the first, Piranha II, or Piranha 3DD being prime examples of this.

This often endears the film to fans though, who enjoy the fact that the film is rough around the edges. The Leprechaun series is one of these, which has had 7 sequels despite the films receiving bad reviews. Leprechaun 3, released in 1995, is not an exception.

Plot
The film starts with a man, who is missing a hand, a leg, and an eye walking into a Las Vegas pawn shop with a grotesque leprechaun statue, claiming that it is a lucky charm.

The world has already seen some of the most unusual superstitions, and one of them says that to keep a lucky charm close by when they play games will provide them with luck. However, this leprechaun is definitely not something you’d want to keep close by.

The statue has a gold medallion around its neck, and the owner of the shop removes it. This brings the leprechaun to life and he runs away, leaving a gold coin behind.

The coin is picked up by a man called Scott, who comes to the shop to pawn his Rolex after losing his money in a casino. The coin grants him a wish, and he asks for a winning streak, but he ends up being robbed by casino employees after the wish comes true. 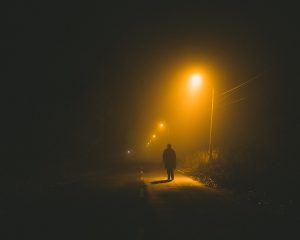 Cast
Leprechaun 3 features several cast members who have gone on to have successful careers, including Warwick Davis, who’s appeared in Harry Potter, Star Wars, Doctor Who, and Horrible Histories: The Movie. He was joined by John Gatins, who played Scott. Gatins has since appeared in Norbit, and was a writer for the 2012 film Flight, and The Power Rangers.

Davis does an excellent job, and arguably carried the entire franchise for this and the other five films he appeared in. Throughout Leprechaun 3, most of his dialogue rhymes, which adds an additional element to the character.

Critical Review
Anyone who has seen the other films in the series will know not to expect much from Leprechaun 3. It was received negatively by most of the press and movie critics. For example, Scott Weinberg of eFilmCritic described the film as “how to take a stupid idea and make it progressively more moronic”.

It’s been given a 5/10 rating by IMDB, which is actually better than the first two films. It therefore could be argued that Leprechaun 3 is the best film in the series, although that’s not a particularly great achievement.

Don’t Expect Something That it Isn’t
Leprechaun 3 was never going to be competing for an Oscar, or any other award for that matter. However, it was the best selling film to be released directly to video in 1995, demonstrating that it has a unique charm.

Leprechaun 3 is a horror-comedy film, and therefore a film that shouldn’t be taken too seriously. Actor Warwick Davis commented that it was his favourite of all the films because he liked its humour.

The story is not great, some of the dialogue is incredibly cheesy and sometimes even cringeworthy. It gets better after Scott gets infected, and the film is a lot more engaging from then on, but it requires you to sit through the torment of “act one” first.

There is a big market for films that are so bad, they’re good, and Leprechaun 3 is definitely one of those. Despite the negative reviews, five more films have been made in the series, including two that were released recently in 2014 and 2018.