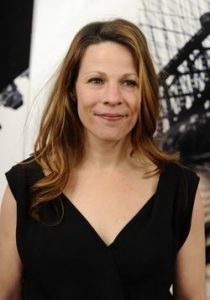 After recently starring in Alexandre Bustillo and Julien Maury’s Texas Chainsaw Massacre prequel, Leatherface, Lili Taylor has now been cast in Ciaran Foy’s Eli. Foy recently directed the dire sequel Sinister 2, but is also behind the impressive supernatural chiller Citadel – which is definitely worth a watch if you can check it out.

Lili Taylor played the iconic role of Leatherface’s mother Verna and her performance was certainly one of the strongest elements of the film, so we look forward to seeing what she bring to Foy’s next horror endeavour.

Foy’s Eli is set to be a psychological thriller which follows a young boy’s hospital treatment turning into a nightmare. The boy and others become trapped and locked in a seemingly haunted clinic.

The script for the film has been written by Ian B. Goldberg and Richard Naing, who are writers on the series Dead of Summer and were also behind the impressive and spooky story The Autopsy of Jane Doe and the upcoming Krypton mini-series.

Eli is currently in pre-production and has a release date slated for January 2019.